Welcome to the Caribbean! 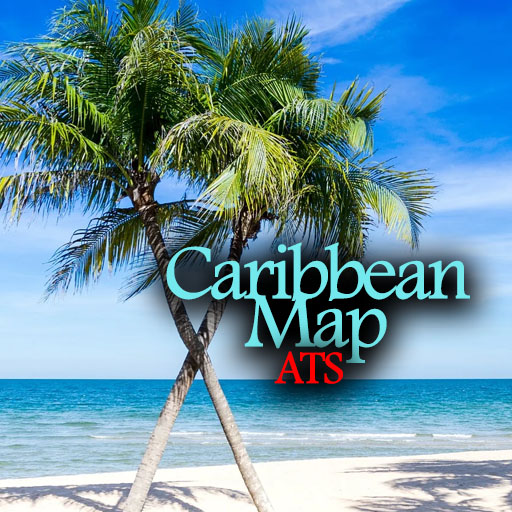 If you wanted to haul goods between the beautiful islands of the Caribbean, then this map is for you! The Caribbean Map for ATS will feature new countries to explore in ATS including The Bahamas, Cuba, Haiti, Dominican Republic, Jamaica, and more! This area for sure deserves representation in our vibrant ATS community! This will be an addon to the game (not a standalone). Here is the initial map project plan: 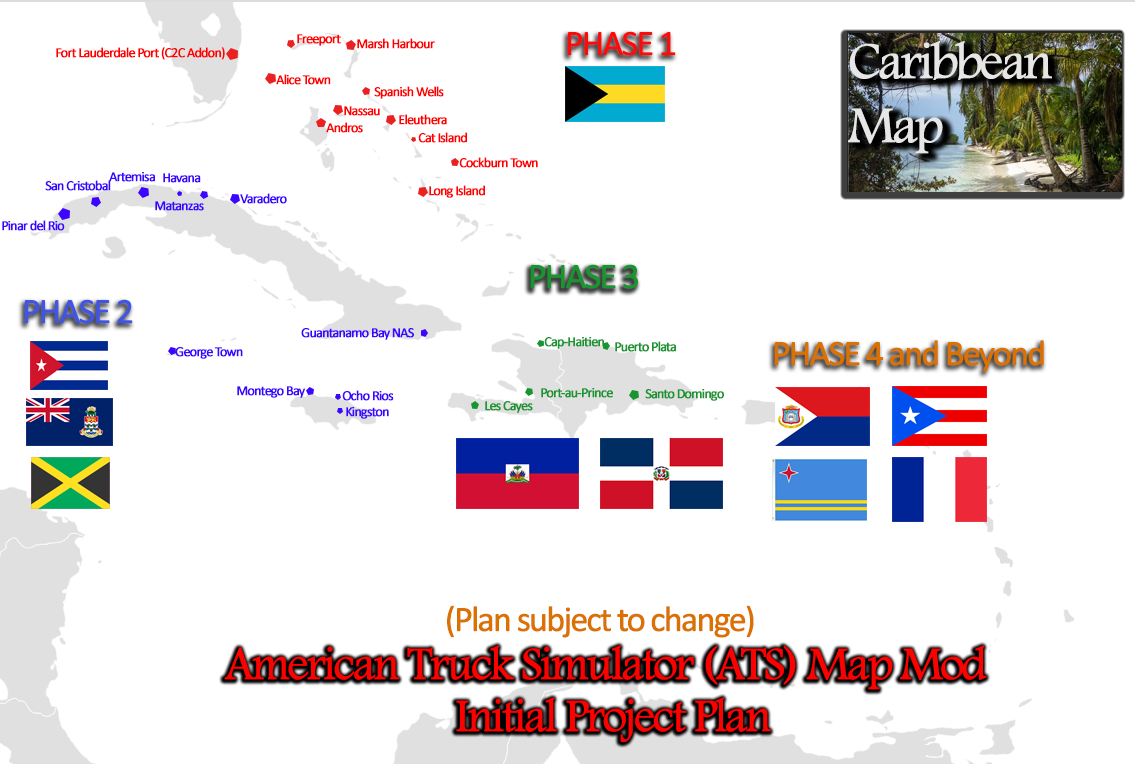 Dependencies
- All ATS DLC maps from SCS required
- Non-dependency but strongly recommended Coast to Coast mod as a ferry port is created in Fort Lauderdale near the airport. So if you want to do jobs between the US and the islands, you'll need C2C.

We also want to inform everyone that Caribbean Map version 1.1.2 works and is fully compatible with Wyoming DLC. It also does not require Wyoming DLC. The only thing you have to do is update C2C to v2.12.2. After testing with the new version of C2C, road connections work fine at Wyoming with C2C areas and Wyoming DLC takes over all of the sectors. If you do not have Wyoming DLC, Caribbean will continue to work as normal with your current load order.

05 NOV 2020:
- Version 1.0 is released for ATS 1.38.
This version is the initial release, contains Nassau, Freeport, Alice Town, and Guantanamo Bay as well as a bonus area of Castaway Cay.

27 SEP 2020:
- the map has officially been organized into a map project as well as the Discord server opening to the public!